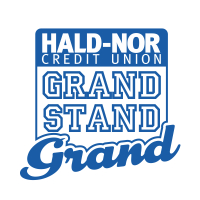 Hald-Nor Credit Union challenged Barber & Veri Inc. to build on its existing sponsorship of the Norfolk County Fair to create a fun, inclusive opportunity for young people in Haldimand-Norfolk to learn about the advantages of banking with a credit union. The effectiveness of the project needed to be measurable, and lead to more young people opening accounts.

Barber & Veri Inc. created the Saving for Me identity and website, and launched the project with the Grand Stand Grand competition. Saving for Me appeals to the self-focused nature of young people, and encourages them to save their money for something they want to do, rather than saving because it’s the “smart” or “responsible” thing to do. The idea was to suggest that even behaving irresponsibly costs money, so they’re best to start saving now for the things they want to do — both responsibly and irresponsibly — later on in their lives. The assumption is that with time would come maturity, and that perhaps the savings account that was started for frivolous reasons might become a down payment on a house or investment in an education. Smart.

Grand Stand Grand is a school spirit / face painting contest that ties in with the fair’s Young Canada Day celebrations. The rules are simple: Norfolk County students were asked to upload a photo of themselves with their faces painted in school themes, which were then voted on by their peers and judged by Hald-Nor. The winning student received a $1000 prize from Hald-Nor, which was awarded at Young Canada Day. The campaign was a success, and expanded to include Haldimand students at the Caledonia Fair.

In keeping with the BV strategy to include real, local people in our campaign work as much as possible, the photographs of students featured on the Grand Stand Grand posters and ads included Mike’s daughter Marisa and her friends. We had the group come into our old shop in Silver Hill, where Mike and former BV designer Charly Buck painted their faces and took photographs. Overall, it was a pretty fun day, and a rewarding project.