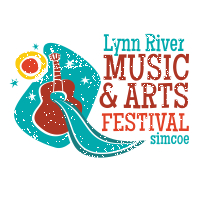 Formerly known as the Simcoe Rotary Friendship Festival, the Lynn River Music & Arts Festival is held annually in Simcoe on the August Civic Holiday weekend. Adam is a member of the Rotary Club of Simcoe, and has been a member of the festival committee since 2012. He coordinated the rebranding of the festival, along with a group of insightful community stakeholders, in an effort to better communicate the main draws of the festival, while promoting the festival’s distinct cultural and geographic location. The festival committee has re-focused its efforts, with the aim to steadily grow the festival from a largely local event into a true regional attraction. The festival has the potential to be a significant fundraiser for the Rotary Club of Simcoe, and already provides opportunities for local service clubs and not-for-profits to raise money. The more people the event brings to the community, the better.