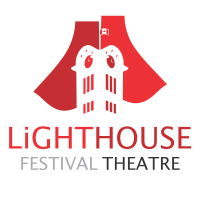 If you’ve set foot in Lighthouse Festival Theatre at any point in the last decade, you’ve seen something that Mike and Adam have worked on. Mike has designed the theatre’s brochures since 2006, and Adam has worked as theatre’s publicist twice; once from 2006-2009, and again from 2012-2014.

Lighthouse is one of Canada’s most successful professional summer theatres, and we’re proud to have played a part in helping it gain and maintain its status as an industry leader. Barber & Veri Inc. is the presenting the world premiere of Peter Colley’s new play The Ghost Island Light as part of the theatre’s 2015 season.